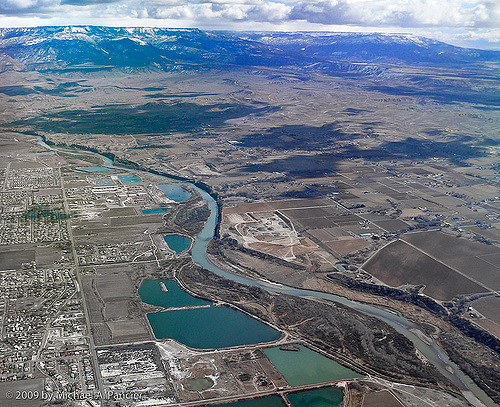 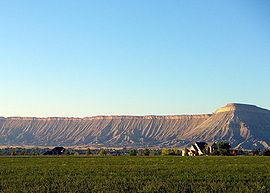 Today Grand Junction is the largest city on Colorado’s Western Slope. Most of the surrounding areas are federal lands administered by the Bureau of Land Management. The Uncompahgre Plateau is very visable on the south side of the valley, showcasing the Colorado National Monument. The Book Cliff Range, on the north side begins at the Colorado Rivers entrance into the Grand Valley and stretching to the west for 200 miles.