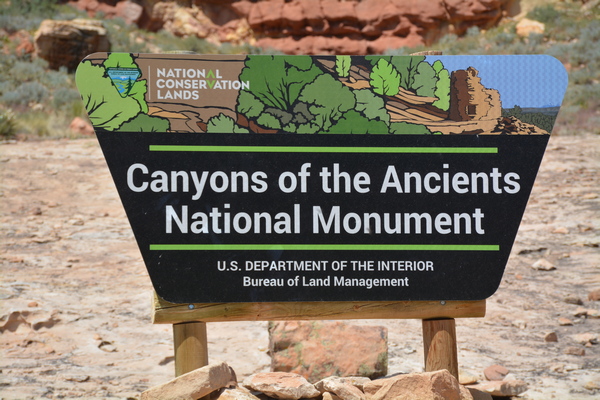 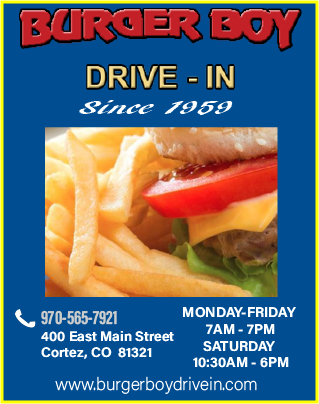 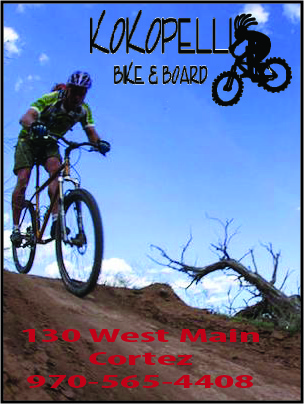 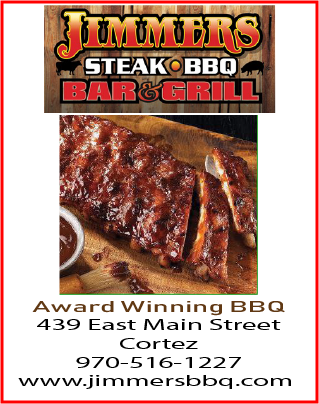 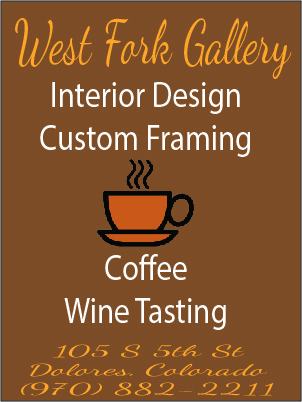 Established with the goal of preserving the largest concentration of archaeological sites in the United States, Canyons of the Ancients stretches east and west of Cortez in south western Colorado. As of 2005, over 6,000 individual structures have been identified, within more than 20,000 sites, within the Monument. Consisting of 176,056 acres, the Canyons of the Ancients was established on June 9, 2000, by President Clinton. The Monument surrounds three of the sections of Hovenweep National Monument, and is administered by the Bureau of Land Management.

By the middle of the 8th century CE, the peoples called the Ancestral Puebloans moved into this area of south western Colorado. Beginning with clustered pit houses, which later evolved into above ground masonry dwellings, with connecting walls and south facing windows. Common dwelling shapes were "U," "E" and "L" shapes. In this developmental period, pottery became more diverse, bowls, jars, and table ware were created with black designs on a white background. There is evidence of water management and techniques to conserve water with the use of small reservoirs, check dams, and terrace construction. By the 14th Centruy CE, these native populations moved out of the region, south east into the Rio Grande Valley of New Mexico, and west into the high mesas of north eastern Arizona. 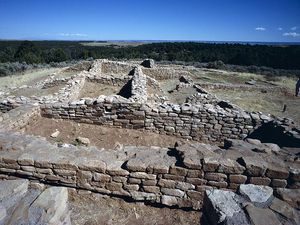 Lowry Pueblo: National Historic Landmark with 8 kivas, a great kiva, and 40 rooms built as high as three stories. The underground kiva has been dated around 1103, and due to it's size, is considered as a gathering place for religious ritual. The last occupation of the pueblo was in the early 13th century. This ruin was excavated from 1930 to 1936 by the Field Museum of Natural History of Chicago, by Paul S. Martin, and declared a National Historic Landmark on July 19, 1964. Today, Lowry Pueblo is part of the Canyons of the Nacients National Monument. 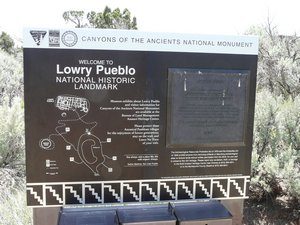 Lowry Pueblo is located off Highway 491 at Pleasant View, onto County Road CC, travel for 9 miles (14.5 Klm) to the west. The asphalt road turns to gravel and is passable by all vehicles. The Pueblo is the only developed recreation site within the Canyons of the Ancients, with interpretive signs, a picnic area, and pit toilet. There is no drinking water at the Lowry Pueblo, and no overnight camping. 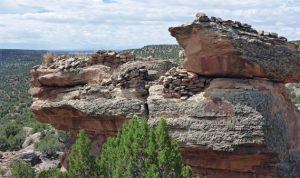 Painted Hand Pueblo: located near Hovenweep NM, this back-country site has non-excavated ruins built on boulders and a Tower. The Tower was built on a rock that projects above the canyon below. Under the rim, and below the tower there are rock wall remnants. Painted Hand pictographs are found in the area. 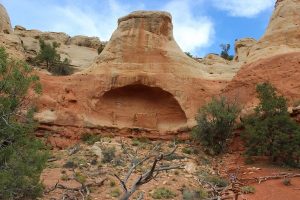 Saddle Horn Pueblo: located about a mile from the south trailhead. This cliff dwelling has two rooms located in the alcove and two structures on the "horn" about 100 feet above. Tree ring samples date the beams from 1228-1232, with pottery dating from 1250-1285 CE.
Sand Canyon Pueblo: built between 1250 and 1280 and containing at least 20 multi-family room blocks with more than 420 contained rooms, 90 kivas, and 14 towers. This pueblo was excavated in the 1980's, and reburied for protection of the ruin. This ruin is on the north end of the Sand Canyon Trail.