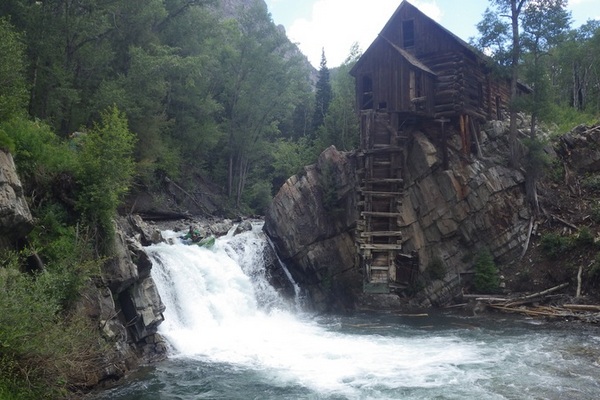 Born in northern Gunnison County and flowing north west, the Crystal River moving through the old mining town of Crystal, Marble, Redstone, and finally into the Roaring Fork near Carbondale. The upper Crystal River flows between two wilderness areas, the Raggeds to the south and the Maroon Bells- Snowmass to the north. Mining in the area was for silver, copper, zinc, lead, and iron. The Crystal Mill-1892 (next to the Falls) is one of the most photographed historic sites in Colorado. Above the town-site, the road becomes one of the more dangerous four-wheel drive roads in the State.

Marble, incorporated 1889, below Crystal is known for the high quality marble that was used in parts of the Lincoln Memorial and the Tomb of the Unknowns in Washington, D.C. Marble was discovered in the late 1870’s, further developed in 1905, with production drawing down in 1941 at the beginning of World War II. Currently marble is being quarried, with the operations being closed to the public.