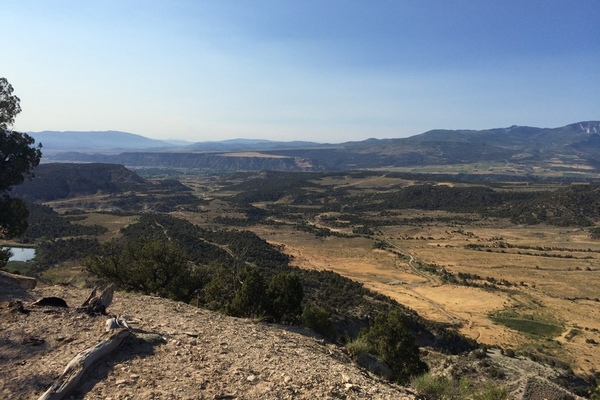 Rifle was built on cattle ranching in the last several decades of the 19th century. Growth was accelerated with the advent of the Denver, Rio Grande Western Pacific Rail Road reaching the valley in 1889. Cattle and agricultural products could now be shipped by rail over the divide toward Leadville (over Tennessee Pass at 10,424 feet) and down the Arkansas River to Pueblo. Rifle was founded in 1882 by Abram Maxfield, and incorporated in 1904. Local lore has it that the name “Rifle” came from a cowboy surveyor who left his rifle leaning against a tree alongside a creek. Sometime later he named the creek after his rifle, with the town being named after Rifle Creek. Rifle was also known as one of the early users of hydroelectric power, with the Rifle Hydroelectric Plant that operated from 1908 until 1959. Electricity was generated off Rifle Falls, which is now part of the Rifle Gap State Park.