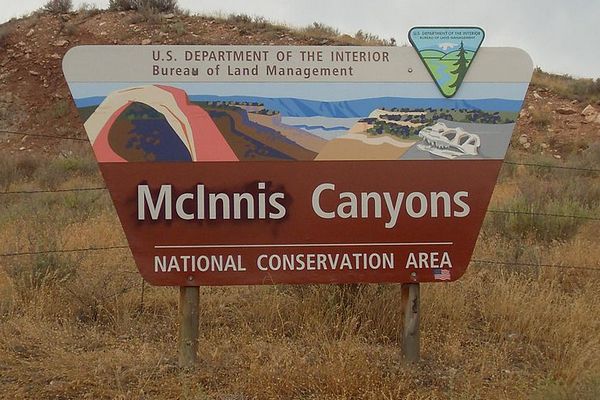 Located in western Mesa County and eastern Grand County in Utah, the McInnis Canyons National Conservation area has 123,400 acres, which includes 75,439 acres of the Black Ridge Canyons Wilderness Area. This NCA was designated on October 24, 2000 with the Colorado Canyons National Conservation Area and Black Ridge Canyons Wilderness Act (PL 106-353). The NCA was renamed after Congressman Scott McInnis on January 1, 2005.

The Black Ridge Canyons Wilderness Area’s northern boundary is the Colorado River, which provides the easiest access to the wilderness area. The Black Ridge runs from east to west and is dissected by seven canyons. These canyons, with some reaching a depth of almost one thousand feet, have interesting geological features. With sandstone walls, the canyons are dotted with arches, spires, windows, and giant alcoves. Rattlesnake Canyon exhibits the largest concentration of natural arches in Colorado, second only to Arches National Park to the east in Utah. This wilderness area forms the core of the NCA, and is administered by the Bureau of Land Management. 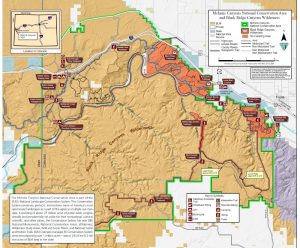 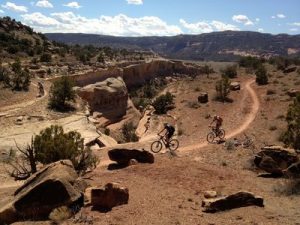 The Kokopelli Trail links the town of Fruita with Moab downstream in eastern Utah.  The trail is about 140 miles in length and is a combination of single track, 4 X 4 double track, and rougher OHV trails. In the Fruita area, the Kokopelli Trail system is accessable at the Loma exit from I-70 west of Fruita.  Continue Reading…… 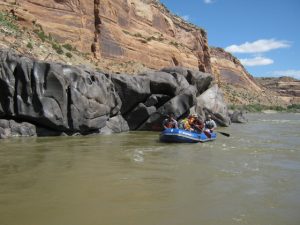 This section of the Colorado River (Loma Launch to Westwater) flows through the heart of the McInnis Canyons NCA. The run is approximately 25 miles in length with Class I & II rapids. There are many day hike opportunities in the side canyons of Knowles, Moore, Mee, Bull, and Rattlesnake. Continue Reading…. 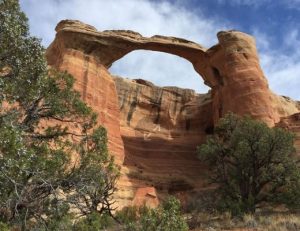 There are several sections of the McInnis Canyons NCA designed for hiking. Rabbit Valley, the Kokopelli Trail Area, and the Devils Canyon section have designated hiking trails. Continue Reading….