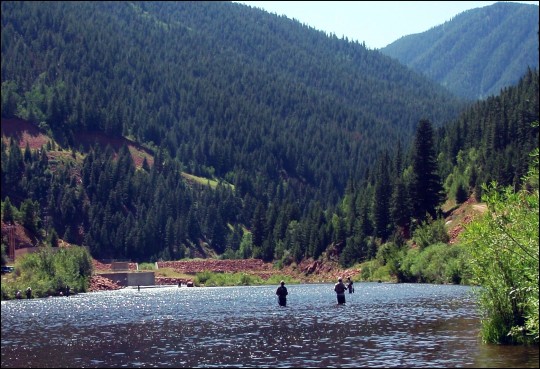 The first to describe the use of artificial bait, in insect form for catching fish was Claudius Aelianus (175-235 CE) in his book De Natura Animalium:

…they have planned a snare for the fish, and get the better of them by their fisherman’s craft. . . . They fasten red wool. . . round a hook, and fit on to the wool two feathers which grow under a cock’s wattles, and which in color are like wax. Their rod is six feet long, and their line is the same length. Then they throw their snare, and the fish, attracted and maddened by the color, comes straight at it, thinking from the pretty sight to gain a dainty mouthful; when, however, it opens its jaws, it is caught by the hook, and enjoys a bitter repast, a captive.

The first comprehensive guide for fishing dates from the 15th Century. Dame Juliana Berners wrote A Treatyse of Fysshynge wyth an Angle (1496 CE) which was, for it’s day, a complete guide for fishing. Dame Berners guide included fishing spots, the construction of line and rod, and seasonal information on natural bait and fly dressings.

Two hundred years later saw the development of segmented rods with the use of bamboo, as well as line rings which gave the user greater control and flexability. By the mid 17th Century fly rods and tackle were being sold in London shops.

Fly fishermen benefited from the new technology of the Industrial Revolution with the development of milling and spinning machines. Improvements in reel, rod, and line design were assets for the fisherman. The most far reaching dividend of this age of machines, was the creation of leisure time. 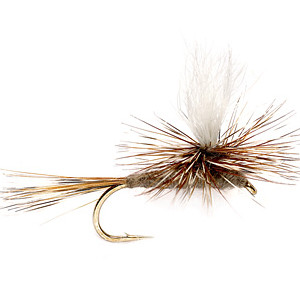 This dry fly is an imitation of an adult mayfly, sized 14-18. It is one of the most visible fly patterns in the fly box. This is a fly that can be seen, making it suitable for most light conditions. Used in both stream and lake fishing applications. 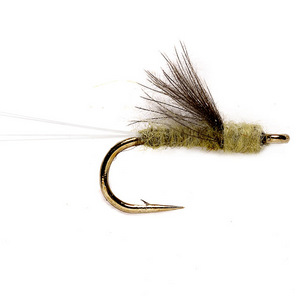 The RS-2 imitates an emerging blue winged olive mayfly. The spring pattern is a light dun colored fly sized 22-24. In late fall, the olive and black pattern is a common variation. 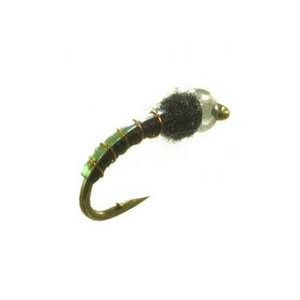 The Mercury Black Beauty is one of the most popular fly patterns in the inter-mountain West. The fly imitates a midge pupa, which is a good portion of the trout diet. Since midges live year round in the water, especially tailwaters, make this fly a foundation in any box. Sized 20- 22 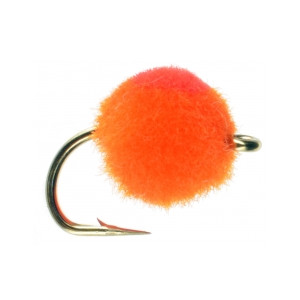 Used to imitate a Brown Trout egg from March through June, and again in the fall, late August through October. 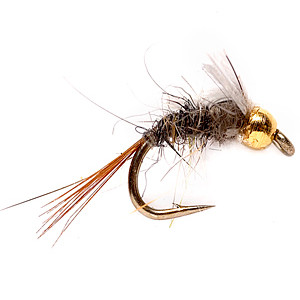 This fly imitates a mayfly emerging from its nymph state and becoming an adult. Colorado has three major mayfly hatches, and the corresponding flies: Pale Morning Dun Emerger, Blue Wing Oilve Emerger, and the Trico Emerger.

This streamer is the imitation of a small fish called the Sculpin, a forage fish living deep in rivers and lakes. 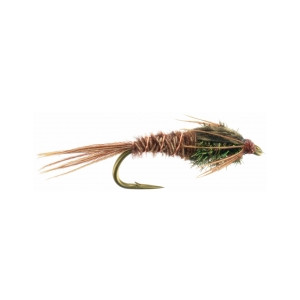 This fly imitates anything from a small midge larvae to the Yellow Sallie Stonefly. Being dark in color with a slender profile makes a very real imitation of a mayfly. 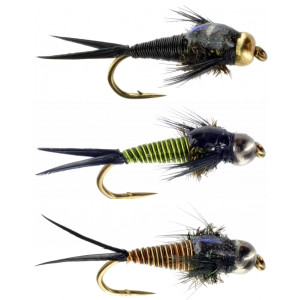 Depending on it’s color and size, this fly can imitate a stonefly nymph, a mayfly nymph, a caddis larvae, or a caddis pupae. Sizing 18 to 20 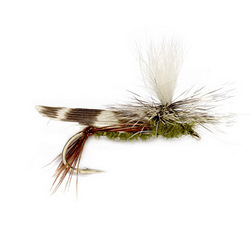 Late summer and early fall bring drier and windy conditions to Western Colorado. This dry fly is an instant hit for trout looking to snap at a meal. If the hoppers are out, this fly could be the key to an amazing catch. Sized 8- 14 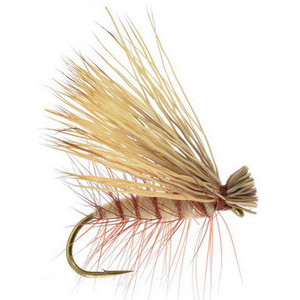 There are caddis hatches both spring and fall, with the best time to use this pattern from the beginning of April through the end of June. This caddis fly looks and acts like a very small moth.