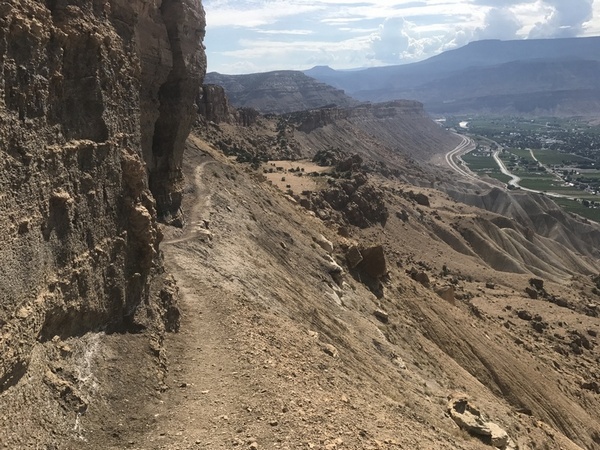 Mount Garfield with an elevation of 6,637 is the highest point in the Bookcliff Mountains. This range stretches almost 240 miles from just east of Palisade into eastern Utah. The cliffs are created with Cretaceous sandstone, with the top layer looking like books in a book shelf. An interesting feature of this range is the lack of eroded access canyons climbing to the top of the plateau. The Colorado River cuts through this landmass creating DeBeque Canyon, just east of Palisade.