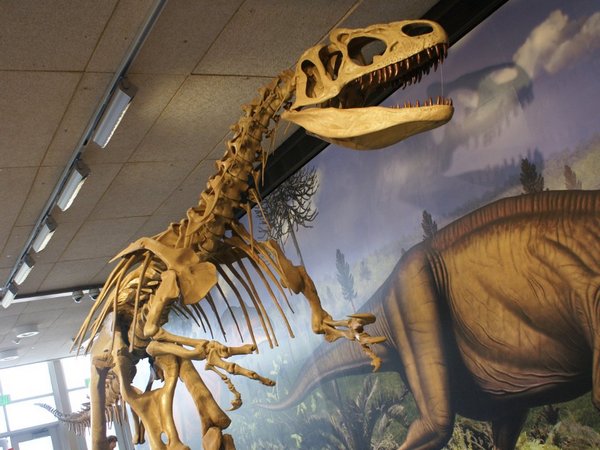 Located in northwestern Colorado and eastern Utah, Dinosaur National Monument protects more than 800 paleontological sites.  President Woodrow Wilson declared the monument on October 4, 1915. In 1938, the Monument expanded by over 200,000 acres to provide additional preservation and protection for the fossils.

Included in findings are Allosaurus,  Apatosaurus, Camarasaurus,  Diplodicus, and Stegosaurus. These fossils, as well as others, can be seen in the Quarry Building. A section of  exposed Morrison Formation, enabled discoveries starting in 1909 by Earl Douglass, a paleontologist for the Carnegie Museum of Natural History.

Dinosaur National Monument has six camp grounds with 120 sites, with three campgrounds located in both states.

Gates of Lodore: (106 miles north of the Canyon Visitor Center) 19 sites for tents and RVs, no RV hookups, located on the Green River, vault toilets.  Map