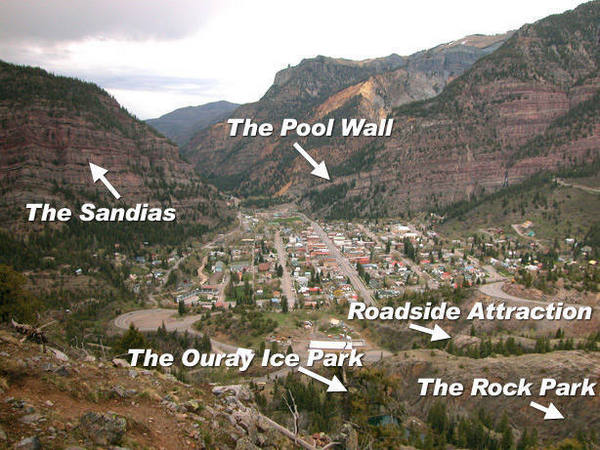 Sitting at the head of a narrow valley, at an elevation of 7,792 feet, Ouray is the perfect destination for the climber on the Western Slope.  Ouray has it all, climb in town in the morning, have a craft beer at the brewery, and soak in the hot springs in the afternoon.  Think of four season climbing opportunities, ice climbing, bouldering, and rock climbing are the draws to this small community in the northern San Juan Mountains. 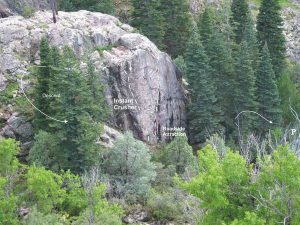 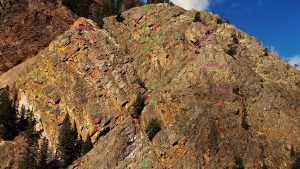 Located to the left of “Misfits Wall” and “Waterfall Rock Climbing,” south of Ouray off of Hwy 550. 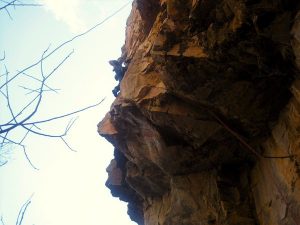 South of Ouray on Hwy 550 to the turnoff to Engineer Pass, looking west across the creek to the crag.

Above the Ouray Ice Park, Hwy 550 South, parking at the Sutton Mine Trail.  Following the trail for .5 mile. Trail is faint to the right over a grey slab of rock. 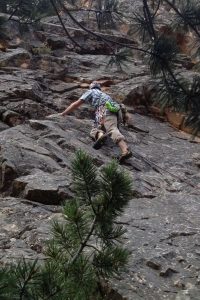 Located south of Ouray, in the same area as the Waterfall Wall Rock Climbing Area. A wall area that is upstream or to the left of “Princess Ella’s Magic Adventure.” 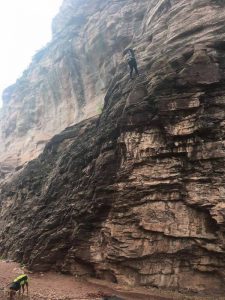 Rotary Park is located just north of Ouray on the east side of Hwy 550, the cliff is perhaps 30 feet from the parking area. 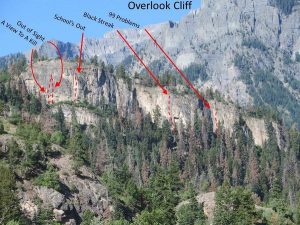 Overlook Cliff is right above the Ouray Ice Park, drive south of Ouray of Hwy 550, just after the first switchback take the right to Yankee Boy Basin and the Camp Bird Mine.  Continue for .5 mile to the Sutton Mine TH parking. 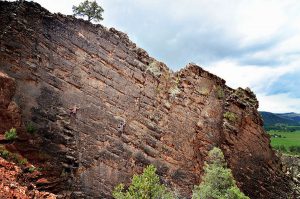 Travel south from the Ridgway stoplight on Hwy 550, just past Orvis Hot Springs, look for a BLM road on the left (watch for private driveways). The Dike Wall is on the left (east) side of the road. 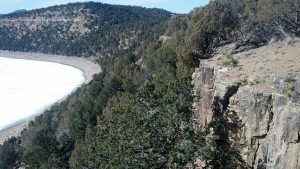 Located on Hwy 550 just north of Ridgway, use the Dutch Charlie entrance to the park, parking near the headquarters; cliff line is down the Overlook trail (west). The One-Of–A-Kind Boulder is located off of the gravel Nature Trail, hiking south. 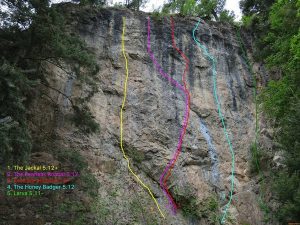 Turn right on 7th Avenue, turn right on Queen Street, and left on South Pinecrest to the “New” Twin Peaks TH. At the TH walk up the street, around the bend, to the chain gate.  The wall is visable. 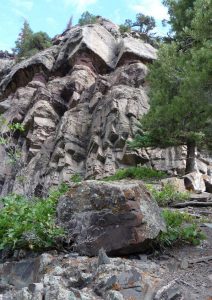 In Ouray, travel west on 7th Avenue, going to the left on Oak, right on Queen Street to the Twin Peaks TH. 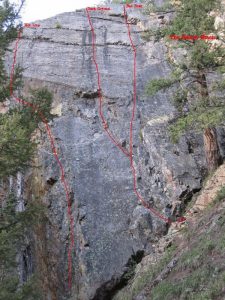 Drive south of Ouray for several miles, to Engineer Pass Road (4-Wheel Drive road)  at .8 mile there is a pullout on the right for parking. 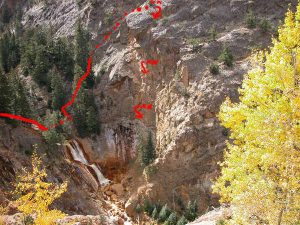 Located south of Ouray, travel Hwy 550 past the Engineer Pass/ Alpine Loop Road (closed winter), look for parking about 1 mile on the right. Look for the waterfall and wall across the canyon. 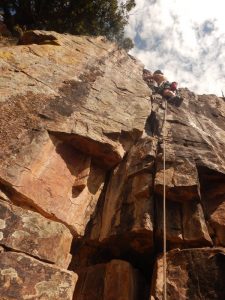 Travel south of Ouray on Hwy 550, turning left to the Amphitheater Campground, continue to the Upper Cascade Falls TH, see: